Despite national and even global protests on police misconduct and killings of unarmed Black men, another Black male, Rayshard Brooks, is shot twice in the back by a white police officer in Atlanta, Georgia for what amounts to sleeping while black! 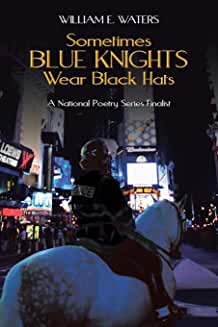 Or burn crosses in the night,

But there’s an unmistakable connection

Between these blue and white knights.

For horrific crimes real and imagined,

They give these cops a license to kill.

There’s something familiar in their faces,

There since the birth of this nation –

Misreported in this tabloid age.

This is no mere comedy of errors,

But a full-fledged reign of terror.